The Cisco 4000 family Integrated Services Router (ISR) revolutionizes WAN communications in the enterprise branch. With new levels of built-in intelligent network capabilities and convergence,it specifically addresses the growing need for application-aware networking in distributed enterprise sites. These locations tend to have lean IT resources. But they often also have a growing need for direct communication with both private data centers and public clouds across diverse links,including Multiprotocol Label Switching (MPLS) VPNs and the Internet. 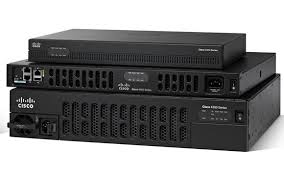 What software are the Cisco 4000 Series ISRs capable of running?

No. SPAs are not compatible with the 4000 Series ISRs.